Gig Economy, Freelancing and Contracting: What Is the Difference and Is It Almost Like Ordering an Uber?

Gig Economy is on the rise and is here to stay – even though many do not really know what it is. What is Gig Economy, and is there a difference between Freelancing and Contracting? And even when understanding Gig Economy, why would someone hire a third-party vendor like Hudson Nordic to do the matching? Finally, and perhaps the biggest puzzle of all, is of course, what Uber has got to do with this? These questions will be covered in this article.

You may not think, you are familiar with the concept of Gig Economy, but it has been here for years! In fact, you are probably very familiar with the concept, if not the term. Gig Economy is a market, where organisations can hire an independent worker to do a short-termed job. You may have heard the word “gig” from the music or comedy industry. A “gig” is slang for a job that is performed during a specified period of time, e.g. when a musician goes on stage to perform just one song or two (Rouse 2020). Gig Economy is an umbrella concept that covers Freelancers, Contractors and Temps (ibid.). An influencer on Instagram, a consultant hired to run a project and a Wolt delivery guy, they are all Gig Workers – or “Giggers” (Vallas og Schor 2020).

In fact, Gig Economy is an economy in the rising. Today, Gig Economy Data Hub estimates that one in four American workers are involved in the industry as Giggers (Gig Economy Data Hub, n.d.). Drawing on data from ADP Research Institute, CNBC concludes, there has been a 15 % increase of Gig Workers in America since 2010 – raising the number of Giggers in America to 16 million people today (Iacurci 2020). However, this number is not even including everyone in the industry since the number “16 million” only includes the people in America who work under one of two tax forms, namely either 1099-MISC (which is used with independent contractors) or W-2 (which is used for short term employees) (Wimbledon 2016, 2). This means that Gig Economies that are not included in these two tax forms – like Giggers in Airbnb, Just Eat etc. – are not included and therefor the real number of Giggers in America is likely to be much higher. And that is just America!

Gig Economy is a global phenomenon that spans across Asia to South America to Scandinavia. It is safe to say that the Gig Economy is becoming an increasingly large part of the world economy, and now it has found its way to Hudson Nordic in the form of Contracting.

Two types of Gig Economy that are well established in today’s business are Freelancing and Contracting. It can be tricky to look at them separately; in both types of jobs, the workers are self-employed and offer their services to different organisations (Wimbledon 2016). However, there is a difference, as Freelancers generally have more clients at a time and often work from home (ibid.). Contractors, on the other hand, usually have one client at a time and are normally located in their clients’ offices (ibid.). The word “Contractor” is likely to refer to the fact that contractors provide their services according to a contract that has been negotiated before, the “gig” was taken on. 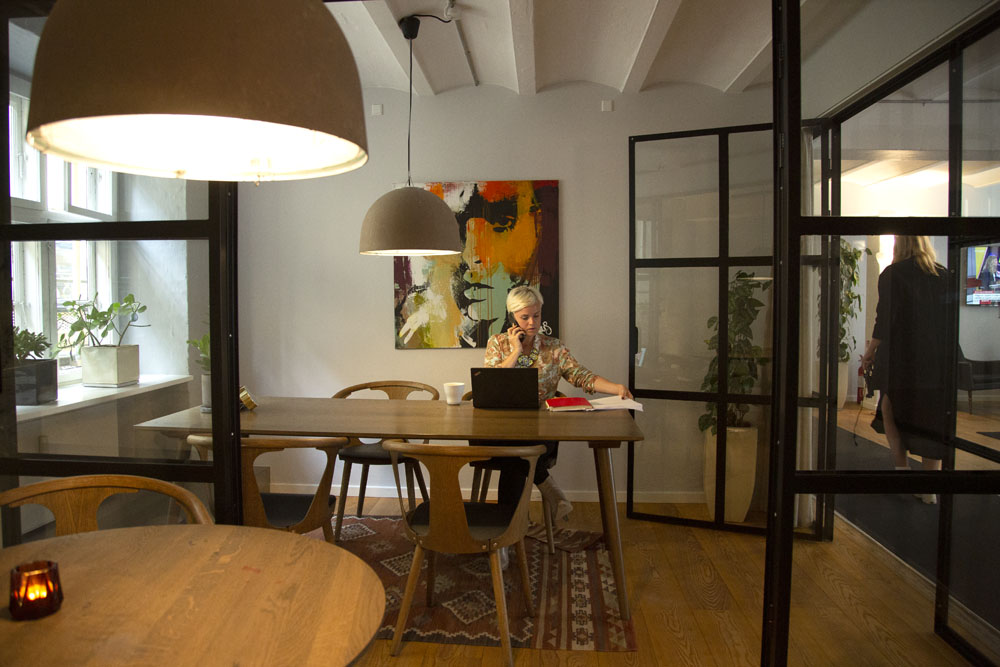 Hudson Nordic as a Matchmaker

All this still does not explain why someone would hire a third-party vendor like Hudson Nordic to do the matchmaking between a Client and a Contractor. A good reason for this could be access to a network that the Client does not have. Or, looking at it from a Contractor perspective, one may find it hard to get in contact with potential Clients? In cases like these, Hudson Nordic steps in.

To understand the matchmaking better, it helps to imagine the Contractor, the Client and Hudson Nordic as a triangle in an Uber situation. Imagine to be in need for a ride to get you somewhere fast; you do not want to buy a car just to get from point A to point B, and while you want to be guaranteed a safe ride, you do not want to spend too much money on the ride. You want to avoid hitchhiking, slow public transport and expensive taxis. Instead, you catch an Uber, which is cheap and convenient (Uber n.d.), and where the driver is a Gigger driving you in a private car: You go on the app and get connected with an available driver near you. It is the app that makes sure you get the best possible match. In this metaphor, the Client is you, the Contractor is the Uber driver and Hudson Nordic is the app connecting the two.

What then makes the matching process of a Contractor and a Client so different from going on an app? Is it really just like getting an Uber? While this metaphor may help you understand Contracting, the metaphor is somewhat insufficient in many other ways. Mainly because matching a Client and a Contractor is much more complex than matching a driver and a person who needs a ride, because more money is involved and because Clients’ needs vary just as Contractors’ different qualifications vary. Also, there are factors like chemistry and culture to consider. Another aspect to consider and in contrast to an Uber app, a company like Hudson Nordic would be a neutral party helping to ensure high satisfaction for both the Contractor and the Client. In short, Hudson Nordic will make sure to optimize the deal between the parties by making the match and negotiating the terms and conditions. All these factors will help ensure the most successful process.

The Uber app is brilliant at matching a specific service with a specific need, however, when it comes to matching people, teams and environments, the process simply cannot be done sufficiently by a machine. At Hudson Nordic, we are a People Business. We work with people every single day and have done so for decades, and it is through years of experience, we know that matchmaking excels, when you look at people as people and not solely as a profile.

At Hudson Nordic, we as experienced Assessors, Researchers and Headhunters have trained and educated ourselves to truly understand People. We spend time on understanding our Clients’ people, culture and organisations, and we use our scientifically proven tests to find the best possible fit between Contractor and Client. We also use a Cultural Fit indicator.

To conclude, the Uber metaphor is more like a simplified model of a complex reality more than an actual comparison.